← more from
Claremont 56
Get fresh music recommendations delivered to your inbox every Friday.
We've updated our Terms of Use. You can review the changes here. 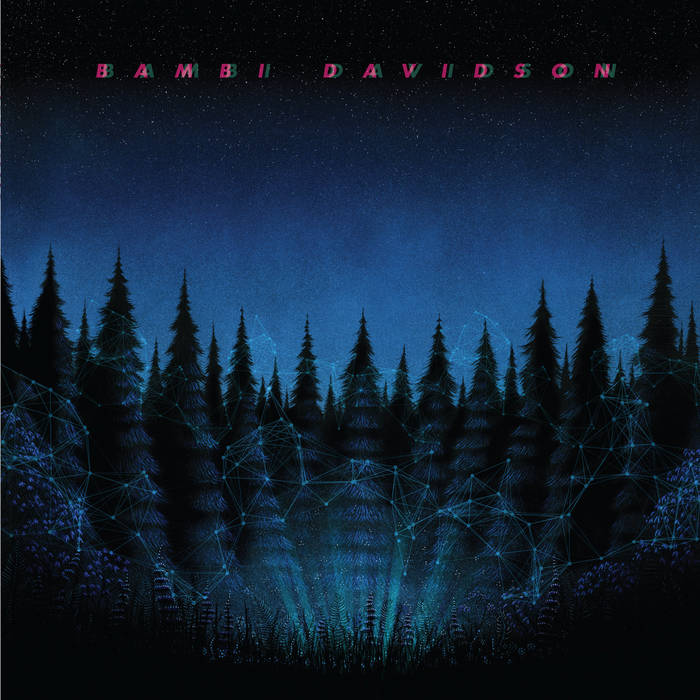 gaelh Simply beautiful, each note are in the good place and the balance are just perfect . Favorite track: Brunswick.

Daniel Olmos This is the sort of thing I think of when I think of balearic music. Cosmic, mellow and warm. I'm not overselling it if I said it gives me the same warm feeling inside as when I first heard Spirit of Eden by talk talk. Favorite track: Brunswick.

You’d be forgiven for not knowing the newest addition to the slowly expanding Claremont 56 roster. You see, there’s been no recorded output from German combo Bambi Davidson since the release of their largely overlooked “minimal post-rock” debut album, El Faco, in 2000.
Until now, that is.
Following the release of their debut set, founder members Robin van Velzen (guitar/vocals) and Hans Christian Fuss (drums) became frustrated with their lot. Bored with “rocking out” as a two-piece, they decided to start inviting other musicians to join them on stage. That meant that each performance was unique, with new tunes – often improvised on the spot – being developed for, or at, every gig.
It’s an approach that frequently paid dividends. One particular collaborative gig, with Frank Mollena (most famous for his involvement with fellow German Balearic rock outfit Mountaineer) and Sophia Fuss, went so well that both were asked to become permanent members of the band.
It was at this point that the newly expanded four-piece Bambi Davidson finally headed back into the studio to record a new album, some 15 years after they’d recorded their debut.
As you’d expect with a new line-up, things are a bit different this time round. Whereas El Flaco was a stripped-back affair with most tracks featuring just guitar, drums and vocals, Bambi Davidson features additional bass, electronics and keys provided by Frank and
Sophia. The result is an expansive but atmospheric album built around sensual, undulating grooves, gentle, sun-kissed melodies, lilting pedal steel and woozy, dub-influenced production.
Often magical and always immersive, the six tracks that make up Bambi Davidson are
delightfully contrary. While pleasingly accessible and capable of inducing broad smiles on the first listen, each carefully considered, drawn-out composition reveals more intricate layers
on each listen. This is particularly true of “Foxhunting” – reminiscent of fellow Claremont 56 act Bison, and a result of similar sonic influences – and opener “Brunswick”. Arguably the album’s high point, the latter offers a 13-minute shuffle through Balearic post-rock territory,
with Van Velzen’s weary, emotional vocals riding a wave of vibrant colours. Hazy, intoxicating and evocative, it sounds like a horizontal anthem in the making.
There are plenty of other highlights, too, from the hypnotic, pitched-down dub-disco-meets-Balearic rock shuffle of “Cattle”, to the low-slung krautrock revivalism of “Artist”, and the touchy-feely rhythms and stargazing chords of “Hubble”, the four-piece’s most intergalactic
cut yet. Give it time, and we guarantee that you’ll fall in love with Bambi Davidson as much as we have.

Bandcamp Daily  your guide to the world of Bandcamp